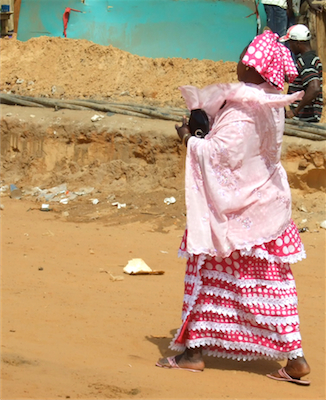 Formerly known as the Aéroport International de Dakar Yoff, this is the international airport that serves Senegal’s capital and is situated in the North town of Dakar, Yoff. Its name was changed in honor of Senegal’s first president Leopold Sédar Senghor. This airport has the ability to handle to maximum, jets of the same size as the Boeing 747. The closes airport to Dakar airport is Blaise Diagne airport, located 45 Kilometers from Leopold Sédor Senghor’s inland. This airport has the ability to hold about 3million passengers each year.

The airport was several times used as a stopover between Southern Africa and North America, and it all started in 2004 when Delta airlines started flights between Johannesburg and Atlanta and Dakar as the intermediate stop. Although the stop was removed; the flights to Washington-IAD to Johannesburg still use the Leopold Sédar Senghor airport as a stop.

Leopold Sédar Senghor airport has several airlines that go to different destinations around the world. Below are some of them:

These are some of the airlines Leopold Sédar Senghor airport has. The airport also has charter airlines that go to various destinations. They are:

The others are ULS Cargo that goes to Istanbul to Atatürk and Cargo airline for Air France that goes to Paris- Charles de Gaulle.

When traveling with family and children, we recommend you select a car with enough space for luggage and enough space to fit child seats. Children must travel save in a child seat/booster depending on their weight or how tall they are. Rentalcargroup.com offers a wide range of variety of station wagons, mini vans in Dakar Airport.

Where to rent a car

Rentalcargroup.com offers car rental in more than 35000 locations, at all major airports and cities and railway stations. Below on this page you see a map with all the car rental companies we work with in Dakar Airport.

Travel restrictions in Dakar Airport for my car rental

You are not allowed to drive your rental car in prohibited areas, or driving on ice, unbridged rivers and streams, foreshores and other off-road terrains. Please ask the local car rental company for any possible restrictions.

Rentalcargroup.com works with many large and small car rental agencies, each car rental company has their own terms and conditions. We recommend you to always read and check carefully the detailed terms before you book you car rental. Our call center is 7 days available by phone or chat if you have any doubts regarding the terms, we are happy to assist you.

See below last 5 customer reviews. Our customers rated Dakar Car Rental with an average of 6 based on 10 ratings.