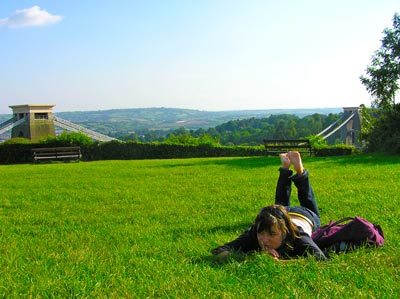 Bristol is a city in South West England. It is England’s sixth and the United Kingdom’s eighth most populated cities. The city received a Royal Charter in 1155 and was granted county status in 1373. It is split between Gloucestershire and Somerset. The city is built around the Avon River, and has also got a short coastline on the Severn Estuary, flowing into the Bristol Channel. It is a centre for culture, employment and education in the region. Using car rental services means that tourists can explore as much as they want to.

Bristol was perhaps the second most important port in the country during the 15th century which used to trade with Ireland, Iceland and Gascony. In 1542, the Diocese of Bristol was founded. Grand Banks of Newfoundland is used for fishing by the Bristol fishermen since 15th century. Its education system received a major boost in 1909 when the University of Bristol was established.

The area suffered badly from Luftwaffe air raids during the World War II but has been regenerated.  It is a limestone area running from the Mendip Hills to the south and the Cotswolds to the north east. Avon Gorge is famous amongst the visitors and car hire is essential for those who want to explore outside the city.

It is one of the warmest cities of United Kingdom. The Atlantic influences its weather very strongly. It is a major seaport with a long history of trading commodities, originally wool cloth exports and imports of fish, wine, grain and dairy produce, tobacco, tropical fruits and plantation goods. Major imports now include motor vehicles, grain, timber, fresh produce and petroleum products. It has got a financial and a high-tech sector.  For shopping head to Cabot Circus which is a major shopping centre. Tourists come to this city for its natural beauty as well as shopping but car hire can make the shopping so much easier!

It is famous for its music and film industry. The Bristol City Museum and Art Gallery has a collection of history, archaeology, local glassware, Chinese ceramics and art. The City Museum runs three preserved historic houses which are the Tudor Red Lodge, the Georgian House, and the Blaise Castle House. The Royal West of England Academy in Clifton is the city’s oldest gallery.

It has got various buildings which are architectural marvels. The city houses several large Tudor mansions which were originally built for wealthy merchants. The Bristol International Balloon Fiesta is a major event for hot-air ballooning in UK. It is held each summer in the grounds of Ashton Court. It attracts a huge crowd and those who want to catch it could be helped by Bristol car rental services.

Rentalcargroup.com compares car rental prices for Bristol Airport). We work with many car rental companies so the quality of the cars is guaranteed. This way you will be sure to get a rental car that suits you the best and for a competitive price.

If you are not sure which car to rent or do not understand completely how it works, you can always contact our call center by phone or live chat. We can help you out by selecting the right car for you and advising there where its needed.

Most major car rental agents in Bristol Airport offer one way rentals. One-way rental is when you collect the car in one place and return the car in another location. In most cases the car rental agent will charge an extra fee if you wish to return the vehicle at a different location. In the terms and conditions will state if the one-way fee is included in the rental price. If the one-way charge is not included in the rental price, the one way charge needs to be paid on arrival directly to the car rental agent.

See below last 5 customer reviews. Our customers rated Bristol Car Rental with an average of 6 based on 10 ratings.